I was passing a man in the airport, a beautiful Sikh man with a burgundy turban. I may have declined any sort of alliance with him in my younger years, out of shame, out of annoyance that anyone would choose to be so visible. But I thought about this today. Today, knowing that I am still beautiful but that men do not look at me with the same hungry eyes as they used to. I thought, “Why should I not inhabit my entire body and be in my allness, regardless of who is looking or who isn’t, regardless of who has benevolent intentions and who does not?” There are people who want us to die, and some of those people are the same ones who would fuck and discard us like carcasses on the wayside when they are finished. Not merely hungry with their desire, but ravenous, and ready to eat until there is nothing left. We cannot be so solicitous of their desire. What is OUR desire? Isn’t it always to be exactly who we are, as we are, dancing in our bones with a luminosity that cannot be stolen?

In Grand Central Terminal, I thought, “We are all here to live out our piece of the Great Mystery.” Every where is a temple. I looked up at the painted dome and thought of the firmament above me, the way I beheld it when I was a child, full of angry questions. But the anger had stilled into a soft reverence.

There are times when I feel so small, so small…but if God is my lover, if the Ocean is everywhere and I am simply within her, then I can trust that they will continue to come to me, continue to show me the truth without my having to grasp at different pieces of the never-ending tapestry, just waiting for all the threads to unravel and show me the nature of things.

I don’t have to keep presencing my allness outside of me, as if the world would give me clues that have nothing to do with me, which is why I must put all my effort and willpower into the pursuit of knowledge. I can trust that I need not keep seeking. One sincere question is enough. For the right people. For the right information.

All of us are living out our own myths, and the worst thing we can do is waste our energy on envy.

I thought of that man, Taliesin (perhaps a reincarnation of the renowned medieval bard) who died with words of love on his lips. I thought of the woman who held him and prayed with and for him and his family. In that last gasp, a gesture of love and prayer between two strangers. A holiness shared between the one who was fearless and the one who feared for her own life.

I thought of the people who are bereft of hope and love, like the man ironically named Christian, who infected an entire train full of people with his hatred. I thought of all of us, and I wanted to weep. I must believe that we are in the hands of something larger, or else I’ll go crazy. I must believe that some benevolent force is stewarding the soul of that 23-year-old man whose final words were “Tell everyone on the train that I love them” into some unimaginable destiny. One that is beyond agony and our capacity (or incapacity) to hold sensation. I wanted to be able to tell him, as I stood beneath the starlit firmament of Grand Central Station, that I saw him. That I honored him. That I, too, loved him, even though we’d never met. And still, in this moment, he is within me, like a drop of cold rain calming a boiling ocean.

All pieces of the same Great Mystery, playing out a story upon some grand stage.

I won’t lie. I felt a little hopeless as I looked at my newsfeed this morning, as that same mania took me over. That same desire to be everywhere at once, to know everything, to have my fingers in many pots and to feel the thrill of a certain acquisitive triumph that only seeks to multiply itself. Yes, I know what it is to be a slave to my desire for knowing. Because otherwise, the answers won’t find me.

Obsession lacks faith. It is the ultimate nihilism.

I had so many questions, but where were the answers? And in the end, wasn’t it all futile anyway?

They want us to believe this. But if I were to come back to my center, I’d find a courage that answers hatred with truth and beauty. I’d find the answers that were naturally gravitating to me, simply because I asked. This would not elide the ugliness of the world. It wouldn’t take away the horrible things we have done to one another in the name of false gods and ideals buoyed by the deaths of so many, summiting the mountains of so many skeletons. So many broken bones. It wouldn’t change the needless ordeals. But maybe…maybe it would show us something else. It would show us, “We can survive this. Death is not the end.”

Is that the message, though? I want to make sense of all of this. What is the perceived war? Is it in our own hearts? Is it between what we instinctively know and what we’ve been told? Between love and fear? Between desire and loathing? If we didn’t loathe, if we didn’t covet, where would we be? 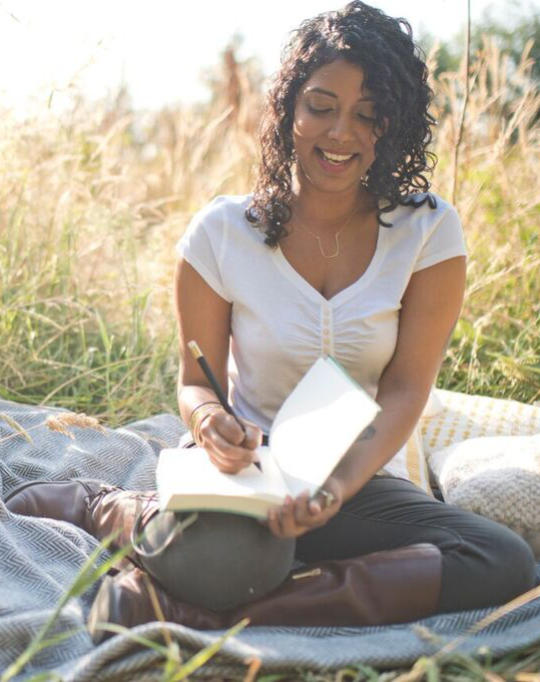